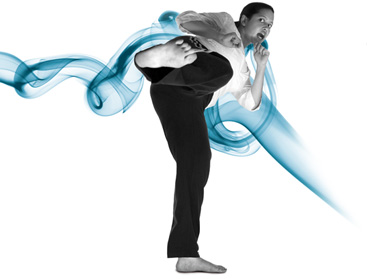 Did you know that in answer to the statement 'when I leave school I want to continue doing sport and exercise', 37% of girls disagreed compared with 25% of boys.

David Davies has missed an opportunity to raise the profile of women's sport in his review of free-to-air sports according to the Women's Sport and Fitness Foundation (WSFF). Download Microsoft Word document »

Sport England is today announcing a £10 million National Lottery funding round to encourage 'Active Women' - in a drive to get more women from disadvantaged communities, and women caring for children, playing sport. Download Microsoft Word document »

This week WSFF published the first of its new Sport insight factsheets, a comprehensive analysis of how women participate, and are involved in, various sports. This unique resource brings together data from a number of different sources, including Active People and WSFF's own leadership audit. More sports will be added as they are completed but for Football, Badminton, Netball, Swimming, Tennis and Athletics factsheets click here. Read more »

The Women's Sport and Fitness Foundation Appoints Mother and Generate

Ahead of today's conclusion to the European Championship, the Women's Sport and Fitness Foundation (WSFF) is hoping it's more than a place in the final the England women's football team has won. Download Adobe Acrobat document »

Today's decision by the IOC to put women's boxing on the Olympic stage is being celebrated by the Women's Sport and Fitness Foundation (WSFF). Download Microsoft Word document »

WSFF viewpoint - Women and the Olympics

The IOC decision regarding women's boxing at 2012 focusses attention on the history, and the future, of women at the Olympics. Here is the WSFF viewpoint Download Adobe Acrobat document »

Trophy Women? Why a balanced board is good business for sport

The Commission on the Future of Women's Sport (in partnership with Opportunity Now) has launched its first report. The report focuses on the need to increase the numbers of women in leadership positions in sport. Leadership matters because the way in which organisations are governed and led has a direct impact on their fundamental business: performance. Lack of diversity at a senior level of administration is curtailing organisational performance and preventing sport from capitalising on one of its most significant opportunities: to successfully engage the female half of the population and realise the potential of women's sport. It is available here Download Adobe Acrobat document »